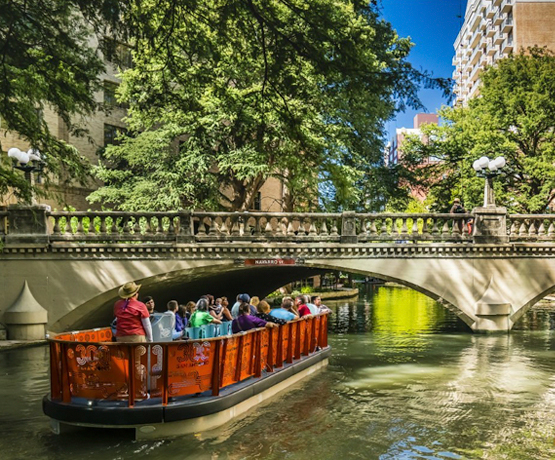 Before affiliation, in 1986 a coalition of neighborhoods, the San Antonio Chapter of the American Institute of Architects, and the San Antonio Conservation Society was very active in trying to limit the proliferation of billboards.  A compromise resulted that established the principle that two billboards would be removed when one new one was erected.  Upon formation of Scenic San Antonio in 1993, its first project was the planting of street trees along Broadway between the City of Alamo Heights and I-35.  Members have been part of every effort of the City to regulate signage or protect trees ever since.  It has collaborated with the Texas Department of Transportation when TXDOT had funds for vegetation along its roadways and it has recognized community efforts to beautify their streetscapes. Its members were also stakeholders in the 1900’s when the City conducted a public input process that resulted in Urban and Scenic Zoning Overlay Districts that established design guidelines for certain corridors.  In each corridor, Scenic San Antonio representatives worked to prohibit new billboards.  In 2009 Scenic San Antonio members limited digital billboards to the number put in place through a pilot program.  To date, no new digital billboards are allowed in San Antonio.  Scenic San Antonio spoke out for the rights of the municipalities to utilize tree preservation and other local ordinances to enhance its scenic environment during the last state legislative session.

Comprehensive sign code revision The City of San Antonio comprehensively revised its sign code through a process which included stakeholder input.  The monthly meetings began in early 2016, and the City Council passed an ordinance in May 2017 that streamlined 20 years-worth of modifications, addressed the content issue, and outlined a process for dealing with new technologies.  Scenic San Antonio representatives were stakeholders.

Tweaking the New Sign Code It’s pretty good, but there are a few things that should be improved.  Scenic San Antonio is visiting with each City Council person, many of whom who are new, to introduce ourselves and our suggestions.

Broadening the City’s View Shed Ordinance The controversy over the protection of the viewshed from the Hays Street Bridge was the impetus for serious consideration of a process to protect more view sheds in San Antonio.  The City is developing a process that will allow more viewsheds, and Scenic San Antonio is monitoring its progress.

Back to Chapters Donate Today